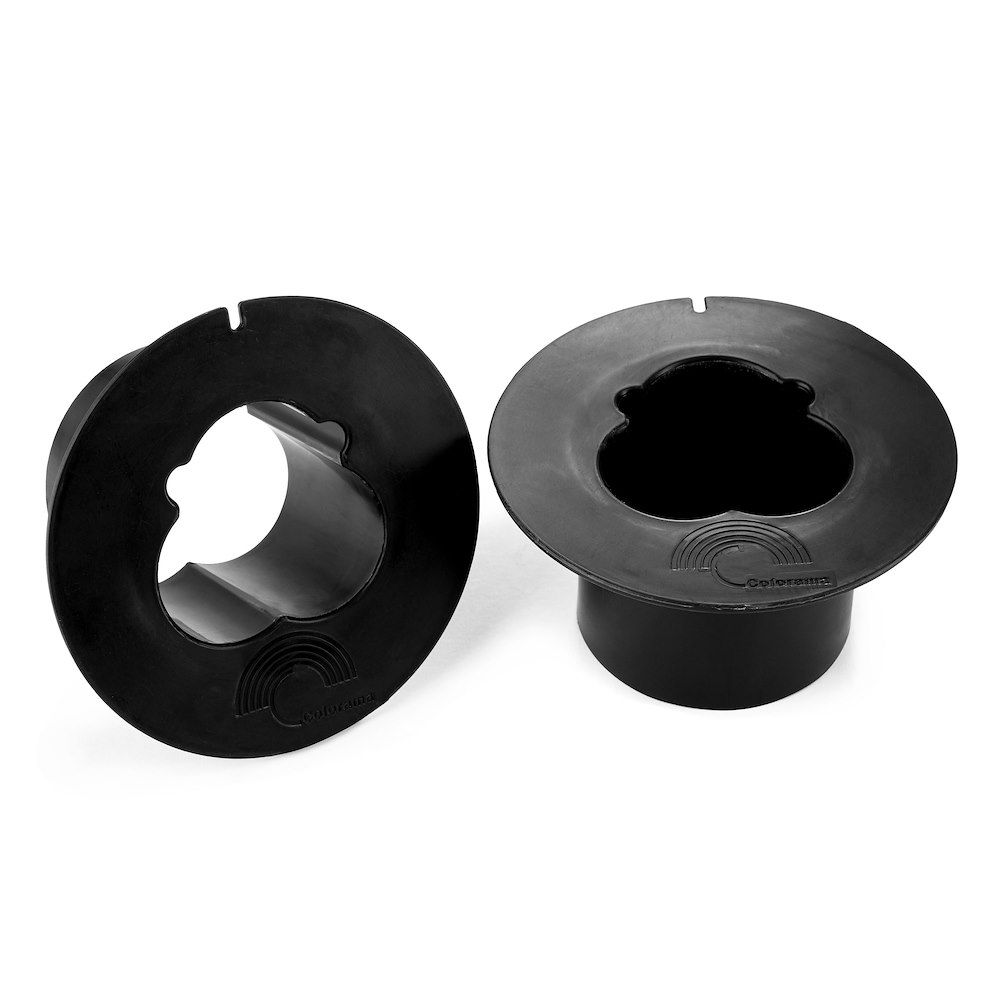 Gradually controlled steps for pulling down paper Stops the core from rotating on the crossbar freely Simply slides into the existing 5.4cm cardboard core Re-usable, can be simply changed from one roll to the other Supplied in two pieces one for each end of the roll

The Colorama Paper Brake is a simple but clever attachment compatible with 1.35m, 2.18m and 2.72m wide rolls, which simply slides into the existing 5.4cm diameter cardboard core.

Designed with the professional image maker in mind who has all too often experienced the frustration of when a paper roll ‘free rolls’ on a background support bar and unravels an unwanted amount of paper requiring it to be wound back up manually, often not as neatly as before.

The registered design of these nifty little accessories stop the core from rotating on the crossbar freely and instead allows the paper to be pulled down from floor level in controlled gradual steps. Reducing the need for the user to climb up on a ladder or similar to make adjustments when the background support is raised and preventing the annoying task of having to re-wind the paper after it has unravelled too much.

The Corama Paper Brake is re-usable and can be simply changed from one roll to the other if a different paper is required or when the paper roll is renewed. They are supplied as a pair, one for each end of the roll and at their widest point allow a knuckle of 40mm to pass through and so are compatible with most background support poles.