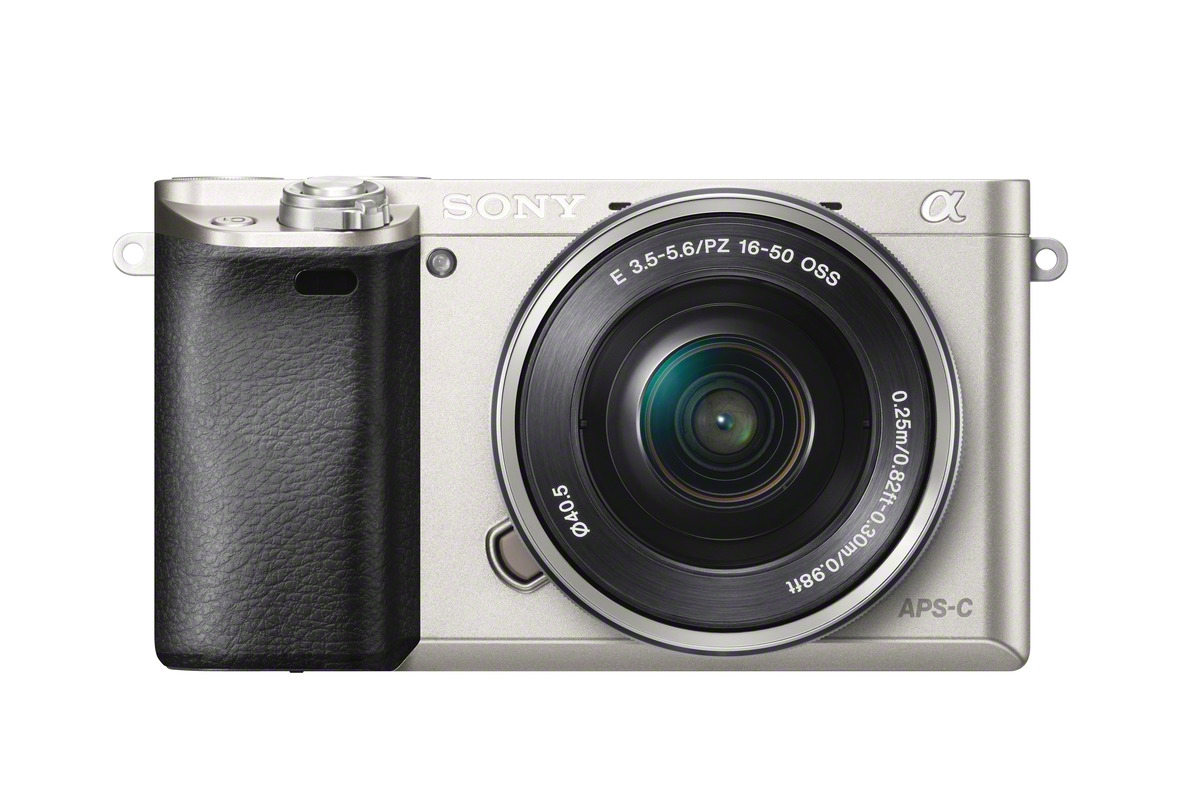 Sony's NEX-6 was a departure from the company's usual lineup of mirrorless cameras when it was introduced in the Fall of 2012. It slotted in between the NEX-5 models and the NEX-7, and offered two things that were yet to appear on any Sony mirrorless camera: a mode dial and ISO-standard hot shoe.

The new a6000 sits in the same place in Sony's mirrorless lineup, but adds a number of significant new features (while also losing the NEX moniker of its predecessor). While the resolution and processor have been bumped up, the most notable feature on the a6000 is its updated Hybrid AF system.

Where the NEX-6 had 99 phase-detect points covering approximately 50% of the sensor, the a6000 has 179, with 92% coverage. This, combined with the new Bionz X processor, allows the camera to shoot continuously at 11 fps with subject tracking, according to Sony. The company also claims that the a6000 has the fastest AF performance on the market, though those statements should always be taken with a grain of salt.

The major changes here are related to the sensor. The new 24 megapixel 'Exmor APS HD' CMOS sensor has on-chip phase detection like its predecessor, but covers a much larger area of the frame. Sony promises better AF tracking, especially when shooting continuously. The a6000 uses Sony's latest image processor - Bionz X - which touts improved detail and smarter noise reduction as improvements.

While the specs of the a6000's movie mode aren't a whole lot different from the NEX-6, users now have access to a zebra pattern, and can output 'clean' video over HDMI. The menus have switched to the new 'Alpha' style found on the a7 and a7R (for better or for worse), and the camera can now be controlled via a Mac or PC over a USB connection. The Wi-Fi feature is about the same as on the NEX-6, with even more apps available for download.

If there's one area that makes the a6000 stand out from the crowd, it's the camera's improved AF system. While the 25-point contrast detect part of the system remains the same, the number of phase-detect points has increased from 99 to 179 since the NEX-6. All of those extra phase detect points give you a much wider coverage area: roughly 92% of the frame, compared to around 50%. The benefit? A wider area that lets phase detection autofocus do what it does best: track moving subjects.

The company's latest, 'Bionz X,' processor is considerably more powerful than the previous generation, allowing what the company says will be more sophisticated processing.

Sony is being a little vague on specifics, but is touting the new processor as offering 'Detail Reproduction Technology' which appears to be a more subtle and sophisticated sharpening system. The company promises less apparent emphasis on edges, giving a more convincing representation of fine detail.

Another function promised by the Bionz X processor is 'Diffraction Reduction', in which the camera's processing attempts to correct for the softness caused by diffraction as you stop a lens' aperture down. This processing is presumably aperture-dependent and sounds similar to an element of Fujifilm's Lens Modulation Optimization system (introduced on the X100S), suggesting it's something we should expect to see become more common across brands in the coming months.

While most of the changes on the a6000 are for the better, there are a few things that have gone the other way compared to the NEX-6. For the sake of comparison we've also thrown in the a6000's step-down model, the a5000.

In most respects, the Alpha 6000 is a big step up from the NEX-6. The only way in which the a6000 falls short compared to that camera is with regard to the EVF, which is smaller and lower resolution.

As you'd expect, the a6000 is considerably more capable than the lower-cost a5000, unless you want a 180 degree flip-up screen. The trade-off for that feature is the lack of an EVF.