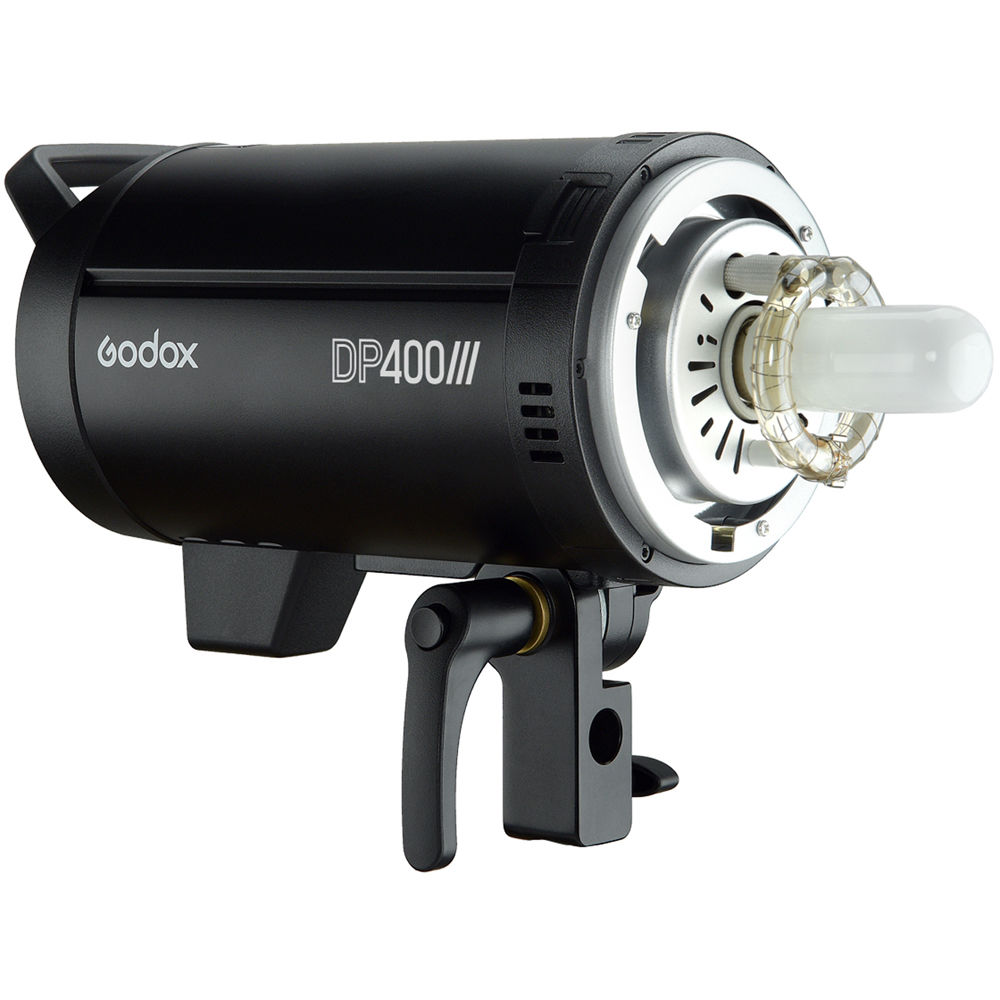 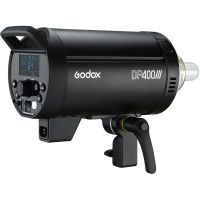 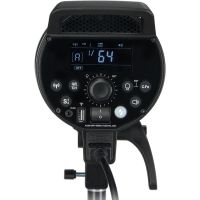 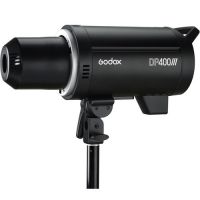 The enhanced DP400III Flash Head from Godox is a full-featured 400Ws monolight with ample professional and convenience features. The head has a color temperature of 5600K, a fast recycle time to full power of just 1 second, and flash durations from 1/800 to an action-stopping 1/2000 sec. Power is variable from 1/64 to full power, while the DP400III's 150W modeling can be set to a percentage or proportional to the flash power to allow you to accurately preview your final shot.

All of these functions can not only be made manually on the unit, but also wirelessly via the head's built-in X System receiver. Remote operation requires separate purchase of an X2, XPro, XT32, or FT-16 transmitter, which will provide wireless control of power, modeling light, and ready beep signal. The DP400III has a Bowens front accessory mount that makes it compatible not only with Godox light shapers, but with those made by the many manufacturers who use this popular mount.