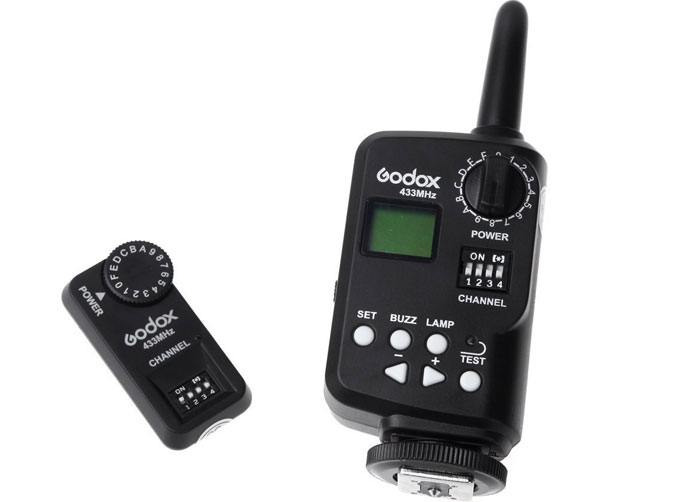 The Adorama Flashpoint version of the Godox FT-16 transmitter have now added a very much needed a 3.5mm miniphone sync port.

Adorama are saying this feature is exclusive to Flashpoint, and no other rebrand has them. Though its likely Godox would also sell these under the original Godox brand at some point in the near future as well.

And if you’re very quick you can also pick them up FREE with the great StreakLight Deals HERE.

A sync port is something the FT-16 transmitter has very much needed from the beginning. As this allows the transmitter to be connected to the cameras PC sync port, leaving the hotshoe free to mount an on camera flash as well.

Though with the High Speed Sync feature available with the Witstro and V850 / V860 flashes its also commonly required to attach the FT-16 transmitter to another HSS enabled transmitter like the YongNuo YN-622C.

This hotshoe sync cord actually works quite well, and its still a decent option if you own the current FT-16 transmitter without a sync port.

Though the extra shoe can be a little cumbersome at times when trying to mount the extra transmitter.

So the new built in sync port should be a very welcome addition to the FT-16 transmitters.

A good quality minipnone to Screwlock PC sync cord will still be needed though for reliable operation when connecting to radio triggers like the YN-622C above, or directly to the cameras PC sync port.